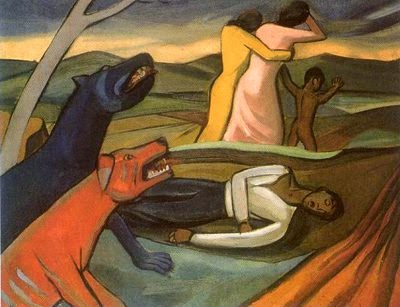 The seven interviews that follow emerged as the contingent intersection of a questioning on the theme of the Study-Days of the ECF, Being Mother, and the particular atmosphere we encountered in Israel, having spent there twenty five days during the operation Tsouk eitan (Solid Rock) in Gaza.
In Tel-Aviv as in Galilee, we met with ebullience of speech. Everyone takes up a position in relation to the famous situation. Colleagues, friends, also taxi drivers, restaurant staff, and market sellers – every position could be found there. One is intransigent in being for or against, being supportive one day and opposed the next one, one takes the way of the dialectic…
At first sight, it can be perceived that everyone goes to the sources of the communitarian identifications that, inevitably, become more extreme and crystallised for the occasion. But beyond the screens of identifications, it is often possible to grasp what everyone received with the mother’s milk leaving a trace in his or her body.
This is especially the case when one steps aside and questions one’s interlocutor on the effects the expression “being mother” has on him or her.
We met four Israeli artists, Jewish by origin, in Tel-Aviv and in Jaffa, and three Palestinian artists in the town of Acco (St John of Acre) and in the village of Peki’in. In the place where people’s private history is interlaced with the great History, it was not possible to separate these two dimensions, especially in a moment of crisis.
The events take for the subject the figure of a real Other who interferes in the routines of jouissance of the private life. They threaten the body and, by this stroke, leave traces on it. It proved true for our interlocutors and it proved equally true for us.
What have we learnt? That to be a mother implies for some women a relation with the loss, with the anguish that follows. That maternity divides women, at the level of the symbolic or of the real, with the guilt that follows. That for a boy the mother can be a figure that represents the foundations of his existence, his identifications, his fatherland, his desire and, here, with the admiration that follows.
These meetings would not have been possible without the mediation of the following colleagues from the GIEP, Israeli Society of the NLS: Galia Weinstein, Netta Nashilevich, Gabriel Dahan and Khalil Sbeit

Moments of Crisis was the reference for the discussions. The panel included: Claudia Iddan, Liat Schalit, Susana Huler and Per were honored to host NLS President Mr. Yves Vanderveken who opened the study day on Crisis in Times of Crisis. Gil Caroz’s article la Miglin
Mabel Graiver and Sergio Myszkin moderated the evening.
Here are some highlights from the panel:
From Mabel Graiver’s opening statement: The day’s event is the second in a series of three work-meetings of the Giep-NLS in preparation for the congress in Geneva in May 2015. The first one, “Subjectivity of Our Time”, took place in Tel Aviv in July in the midst of the war in Gaza. The third meeting in this series,knotting seminar, will be held in Tel Aviv in March 2015.
From Yves Vanderveken’s introductory speech: Crisis, moments of urgency to the subject, as it unfolds in the clinic is something to be read. The analyst is known as the friend of crisis, and by performing the analytical act i.e. interpretation, s/he becomes an extension of these moments of crisis. Therefore the purpose of interpretation is to edit or disrupt the text of crisis in order to bring about change in the subject.
Claudia Iddan: Could the word crisis distinguish between the group and the individual by emphasizing the subjectivity of the times?  Perhaps nowadays the frequency of crisis has increased so dramatically that it has become an object of consumerism -the surge of excess jouissance indicates its all-time popularity and demand in the hyper-modern marketplace.
Susanna Huler: From my clinical experience this past summer, many patients talked about how this war was THE most terrible and unbearable, not due to fear as in ’73 when we feared the State of Israel had reached its end. This war of the summer of ’14 produced an overwhelming unbearable feeling of No Future. What characterizes times of crisis is the sense of No Future, this is because there are no signifiers of the Master even though shells of words and signifiers exist, but they lack the validation of the master. One cannot think without signifiers of the Master–you need them in order to think against them. Texts cannot be read, texts become unreadable. In the absence of reading – there is no symbolic action. Without symbolic action, consciousness is void of future.
Liat Schalit: The “therapy boom” of our times; the surplus of therapeutic professions that we see today may conceal the fact that affluence is a signifier ofcrisis.  How can the analyst position him/herself in the face of a reality where so many people seek therapy and wish to give therapy to others?  The analyst cannot be blind to the political circumstances from which he must take action.
Perla Miglin: Tearing up civilization vs. being civilized - how do we promote transference to the unconscious over transference to the analyst? Transference to the unconscious can be encouraged by the analyst being on the same side as the unconscious, case by case – answering to the real that invades the clinic.
Highlights from ensuing discussion:
Marco Mauas: Regarding the question of crisis that characterized this past summer in Israel and Gaza -is Israel or the Middle East readable? Lacan talks about: “the power of the unreadable” – can we say that unreadability has something to do with crisis in our time? Anyone who enters analysis knows a priori that something in him or her is unreadable. To be an analysand means acknowledging one’s own unreadability.
Yves Vanderveken: The first stage of analysis is that of reading which is necessary for the unreadable to emerge. The direction of the cure is to make the unreadable readable.  That means that the analyst must take into account the particular signifiers of the time because symptoms are designated by the signifier of the Other and thus define the spirit of the time.  It’s of great value for the analyst to be in sync with the time, provided that the analyst does not relinquish him/herself .
In the second part of the evening we heard cases presented by Marco Mauas, Avi Rybnicki and Sharon Zvili Cohen.
In the third part of the event, Sharon Zvili Cohen presented the work program of the Giep for 2014-15. 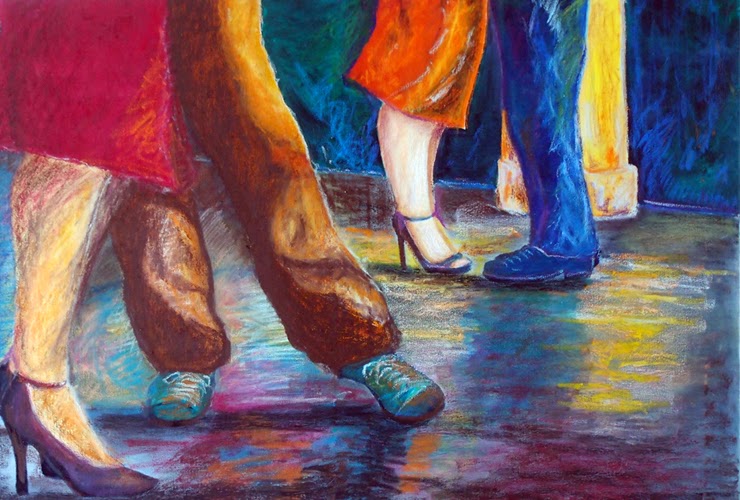 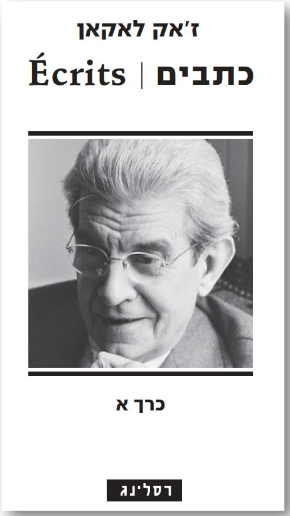 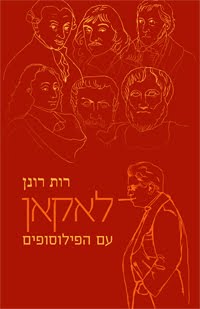 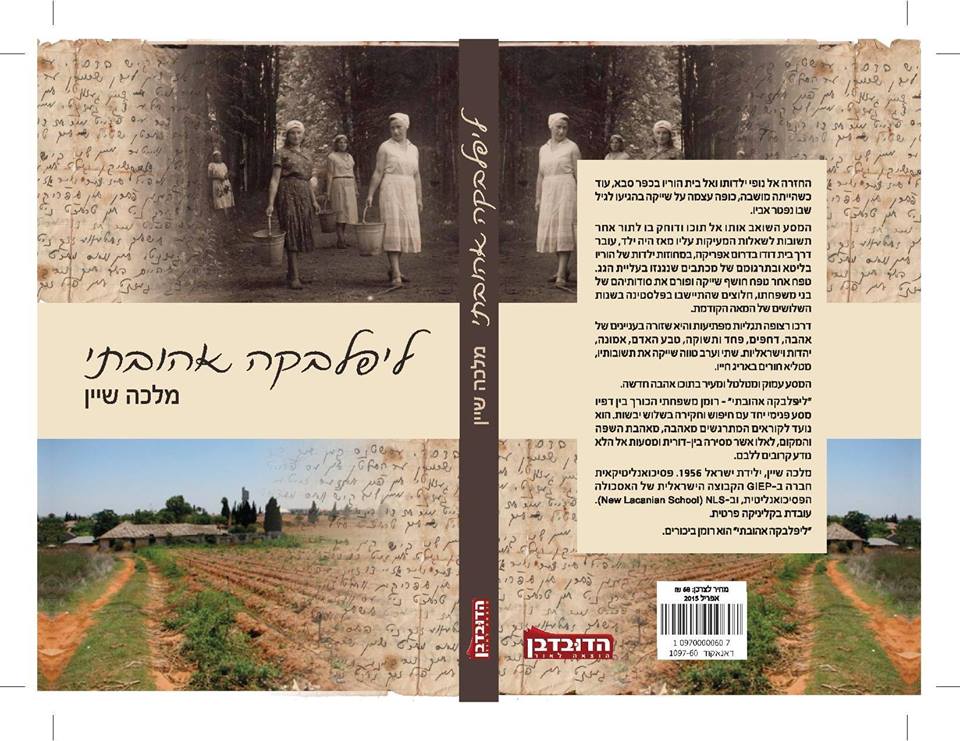 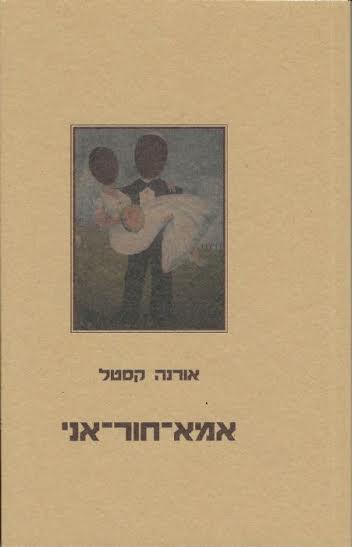 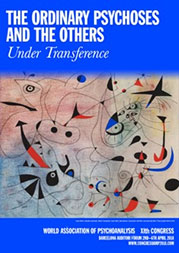